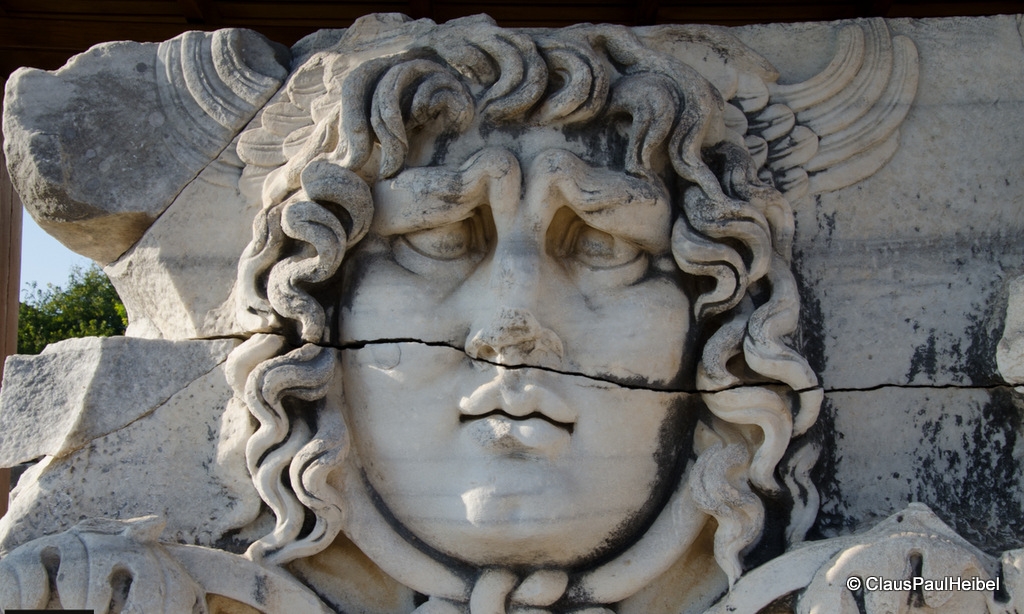 Didim History
Apollo Temple Didyma
Temple of Apollo old times
Didim is shaped as a peninsula surrounding Mugla on the east coast with huge inlet of Akbuk town, Aegean sea on the west and east coast, Lake Bafa and the Menderes River on the northern coast. 106 km’s to Aydin provenience, 53 km’ to Söke town, 73 km’s to Kusadasi, 110 km’s to Bodrum. Spread to 300 km2. of area.

15 years ago, the people from large cities around Turkey such as Istanbul, Ankara, Izmir first came to Altinkum (“altin: gold” + “kum:sand”) and started to build their own summer houses, holiday homes. when Turkey’s economy started to decline those people found very hard to survive in the big cities most of the summer house owners who were mainly retired people have decided to move into the small resorts such as Altinkum.

The location of today’s Didim used to take part around the Apollo temple at the ancient Didyma town. they called the area “Yoran” (name derives from Yeuwani) until the biggest earthquake in 1955-1956. which used to look like “castle”. but just after the earthquake government supported locals and build them modern concrete houses down on the south west part of the old civilization later on called “Yenihisar”, meaning “yeni: new” + “hisar: castle”.

People of Yenihisar used to go to Söke for their weekly shopping and Akköy used to be the biggest town of those days. But just after tourism, the place itself have turned into a rapidly growing holiday resort for tourists. the infertile tobacco fields derived ancient Didyma (meaning twins remarkable at the temple of Apollo Artemisia and Apollo twin sister and brothers) became very dear and owners of those fields are now businessmen (most of them) owner of their hotels, restaurants and bars, etc.. The name was changed into “Didim” which is one and only in Turkey including a large area in its borders with the towns and villages leading to it became the town centre.
Brankid Duvar islemeleri / Wall Decorations Apollo Temple

Today’s Didim as rapidly growing holiday resort completely different than what it used to be 10-15 years ago welcoming large population of tourists with its beautiful beaches, ancient towns, culture, climate from all over the world. but comparing to the big tourist resorts like Bodrum, Kusadasi it’s not been spoiled we can say. most of the infrastructure work have done by last winter which we expect no more flooding of rain water in Altinkum and better main roads have finished including pedestrian walk paths by the beach.

Local market of Didim is held on Saturdays can be visit by local transport between Altinkum – town centre, runs in every 5 minutes or take a walk for 25 minutes. You can discover the beaches, natural coves and bays by boat trips better, organised daily from the harbour in summer season which starts beginning of May.
Water sports, diving courses, fishing tours also available.
Didim itself very close to ancient towns and natural wonders comparing to most of the holiday resorts of Turkey.

Didyma is located in the village of Yenihisar. 4 km Inland from the coast called Altinkum (Golden sand) and 15 kms south of Akköy, near Soke.
Didyma was actually a sacred site and not a city, in whose centre was a great temple built in the name of the sun god Apollo.

However much Apollo may be considered as one of the twelve deities dwelling on Mount Olympus in Greek mythology, he is actually an Anatolian god, the counterpart of the Hittite god, Apulunas. The finding of records which show him racing with King Midas or the satyr shepherd Marsyas who gave his name to the river Cine, are evidences that he is a very ancient god of Anatolian origin. Apollo is the son, of Zeus and twin brother to Artemis, the Moon-goddess. According to the legend their mother, Leto, gave birth to the twins in the Ortega woods north of Kusadasi.
The word “Didymaion” means “twins” and this is the reason why the place the Temple of Apollo stands was called so.
The Greeks, believing in fate, looked upon Apollo as an oracle as well. The oracles received from the priests in the temple of Apollo at Delphoi influenced and changed the lives of people to a great extent. The Ionians built the temple in Didyma as the second oracle centre, and they constructed it with such care that it was one of the most magnificent temples of the times. The temple flourished under the guardianship of the city of Miletus. Pausanius, one of the writers of the first century informs us that the cult seen in this region existed long before the Ionians arrived in Anatolia.

A tour around Temple Of Apollo

The first temple we know of was built in the 8th century B.C. It was surrounded by columns at the beginning of the 6th century B.C. This temple which had all the characteristics of archaic art, was finally completed around 550 B.C. Those who built the temple and took its guardianship upon themselves, who acted as priests and oracles were people called “Brankhid. This word was derived from the name of a person Apollo loved, “Branchos”; The Brankhids ruled in this region for a very long and peaceful period and founded a theocratic administration. The biggest classical temples were formed by surrounding an inner space with columns in two rows, and were called “dipteros”. The dipteros of the archaic Didymaion measured 38.40 X 85.15 meters. The columns with Ionic capitals and fluting 8 in the short rows and 21 in the long rows. The idol statue in the inner space was made by the famous sculptor, Kanachos. Sacred goods and valuable gifts were kept hidden here. For example, Herodotus writes that the Egyptian King, Necho II, gave the outfit he had on in the battle against the Syrians to the temple as a gift to the oracle. In front of the temple, there was a round sacrifice altar. The walls surrounding the sacred room are the walls we see now. These were 3.5 meters high and were built in 550 B.C.

A sacred road, paved with stones was built stretching from Didyma to Miletus and it was covered in four days of walking by those who wanted to visit the temple of Apollo or to appeal to the oracle. On both sides of this sacred road, there were marble statues of Brankhids sitting. Twelve statues of these very famous examples of archaic art, namely 8 men, two women and two lion statues were taken to the British Museum by C.N. Newton in 1858. Another group almost the same In numbers, found later, today decorate Louvre, Berlin and Istanbul Archaeological Museums.

Four smaller samples are to be found in Miletus Museum. The archaic Didyma temple was completely destroyed during the Persian attacks to 494 B.C., Its treasures plundered, and the valuable Apollo statue, was taken to Ekbatan. The remains of the temple we see today are the remains of the building which was constructed on a larger scale during the reign of Alexander the great and during the Hellenistic period. Seleukos, one of the commanders of Alexander, had even returned the Apollo statue which was taken to Ekbatan to its original abode. The length of the new temple was 60 meters, its height 118 meters; it rises on a platform surrounded in all directions with seven steps. Around the temple were 124 Ionic columns 19.70 meters high, in two rows; 13 large steps lead to the front from where one enters the front hall with 12 octagonal columns whose bases are ornamented, 10 of which belong to the Hellenistic, and two to the Roman periods. Behind the front hall, there is the oracle room 1,5 meters higher than the front hall.

The connection between these two halls Is by a very magnificent door 5,65 meters to length and 19 meters high. Because of the difference to levels of the two halls, the visitors who wanted to go to the oracle room could not enter it directly but had to go through the first hall and make their petitions form there. Two big columns supported the roof of the windowless oracle room. From three doors in the back, people used to descend to the inner courtyard called “adition”. The single piece of marble block behind these doors with its weight of 70 tons is a phenomenon as the biggest architectural element. There are stairs on both sides of the oracle room leading to the rooms at the top and to the roof.

The connection of the adition with the outer world is by two slanting tunnels on each side of the front hall. The fact that the inner courtyard had no roof was due to Apollo being the sun god. The adition measured 21.70 X 45 meters, there were 11 facings on the side walls and three on the west wall over which there were friezes with griffon motifs. The crowns of the columns surrounding the temple were joined by slabs of marble called architraves ornamented by Medusa and bull heads. Some of these ornaments made by the Aphrodian masters can be viewed in the museum area today. In 395 A.D. prophecies of all kinds were forbidden by order of Emperor Theodoles and thus the temple of Apollo lost its importance and its construction which had lasted for centuries remained unfinished.

There are local minibusses up to temple of apollo located in the heart of Ancient town Didyma in every 15 minutes from Altinkum. If you like walking, you can prefer evenings or mornings the best.
Apollo temple of Didyma takes approximately about half an hour by walk from altinkum.
There are tour operators and Local travel Agents organising Milet – Priene – Didyma combined tour once in every week during the high season including the visit of Temple of Apollo aswell…